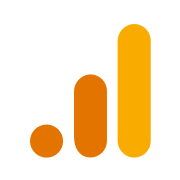 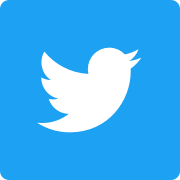 What’s this dashboard for?

The main purpose of the Bestpass company dashboard is to surface key business metrics, and to help the team react faster as the metrics change.

Before they introduced Geckoboard, CEO John Andrews and his team felt they were wasting valuable time finding and updating key business metrics. They relied on paper reports, and often found that by the time these were presented they were out of date.

Geckoboard has eliminated the frustration of waiting for reports in order to make smart business decisions. Now we have access to live metrics and can immediately take advantage of new opportunities. The dashboards were so easy to set up and have raised the level of conversation in the office to be about the data instead of getting the data. Geckoboard has become indispensable here at Bestpass. It’s reliable, it works and it’s worth every nickel.

Bestpass tried to create their own version of a TV dashboard, but they found it time-consuming to design nice visualizations that told the story of their data effectively.

So, when one of the developers suggested Geckoboard – which is super simple, and doesn’t involve any coding – it was a no-brainer.

John reckons it would have taken a minimum of four weeks for a developer to create an in-house version. Whereas Geckoboard was so easy to set up that they had their first dashboard up and running in a matter of hours.

According to John at Bestpass, the biggest difference the dashboard has made to the company is that people are more aware of the state of the business and take more ownership for it.

Unlike the paper reports they relied on before, Geckoboard updates in real time so the latest metrics are always available. And this helps teams to:

The goal visualization has been particularly valuable for the sales team, as seeing their progress has helped them achieve their goals.

Overall, Geckoboard has become a big part of Bestpass, and John says he never has to worry about the display – it just works. Instead of wasting valuable developer time or paying for an expensive consultant, he’s found an easy, low-cost, live solution that’s reliable and now indispensable in his fast-paced business.

Build your own Company dashboard in no time with Geckoboard.