This is the fourth part in our mini-series of stories from unsung heroes on the front lines of customer support management, who share what has helped them succeed in their role. 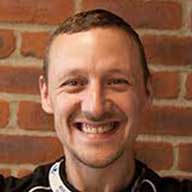 Company: 40-people SaaS company based in Swansea and London, UK, helping retail businesses sell and ship to customers all over the world.

Service hours: 9am to 5pm, Monday to Friday.

Customer support is not the sort of profession you tend to do a degree in. It’s the kind of job where life experience counts for a lot and where people from all walks of life are welcome. Ade Mitchell is one of those people.

Ade was a passionate head chef for seven years when a car accident landed him in hospital for several months. Following 10 months of rehabilitation, he just wasn’t hungry for the frantic pace of a professional kitchen any longer. Instead, he retrained as a developer and joined the support team at Veeqo as a second line engineer in hope of eventually progressing internally to a developer role. But the company’s founder saw managerial talent in Ade and encouraged him down that path.

Ade has been promoted twice in the last year and a half and now manages support at Veeqo. This is his story...

A manager is born

Ade arrived at Veeqo in January 2017. In August of that year, the company brought on two more second line engineers and he was tasked with training them up. In four weeks he’d progressed the two engineers to a level that senior management had expected them to be at after three months. Other people in the company were asking for his training manuals, which is ironic since he himself had had very little training – he’d simply learned by doing. So how did he work with those two engineers to progress them so fast? Ade says:

“I asked myself: ‘What did I need to know in the first four weeks?’ and realised that it was important to distil it down to the core information and the core tools because when I was teaching myself, I was trying to figure everything out. At the beginning, you don’t need to know exactly how everything is connected to start doing the job.’

He then incentivised the new support engineers by setting weekly ticket solving targets that, if reached, came with a small reward, like beer, chocolates etc. The engineers could track their progress live through the team’s Geckoboard, and the friendly competition worked exceptionally well – the engineers were battling it out but having a lot of fun with it.

By September 2017, Ade’s efforts were rewarded with a promotion to Head of Second Line Support and his focussed training programme was seen as so valuable that he was asked to onboard new members of the sales team too to give them a solid foundation at Veeqo.

At Veeqo’s Swansea office, the whole company sits together in one big loft room with partitions, that includes the CEO. This suits Ade, who is a very hands on, front line kind of manager and solves tickets himself to understand first hand what his team members are experiencing and to be able to lead by example. Being so close to everyone also makes it much easier to get a feel for people’s wellbeing day-to-day. 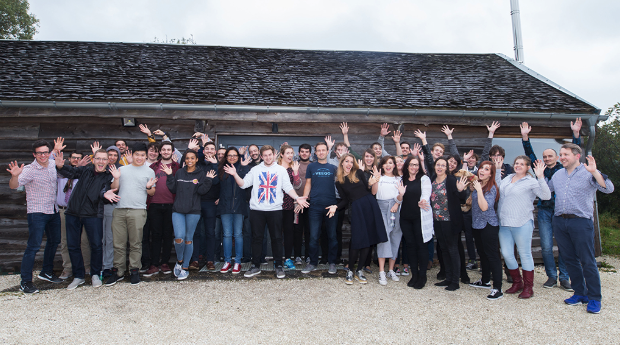 “I believe I'm a good judge of character and good at reading body language. By being smack bang in the center of everybody, I can see what's going on. If I see morale dipping, I can do something immediately, even if it’s just pulling out our Nerf guns and having people shoot foam darts at each other. It's not always a professional situation that's hindering you. Sometimes it’s personal, and you can’t always hide that, so I’ll take someone out for a coffee just to see how things are and if I can help in any way, personally or professionally. I’m a family man and I call my team my ‘work kids’ because I want them to progress and flourish as much as I’d want it for my own children.”

If it’s been a particularly tough week, Ade will use some of his budget to surprise the team with a takeout meal so they can get together, talk and relax. He finds rewarding spontaneously works best as it’s unexpected and much more appreciated.

How am I failing right now?

It’s pretty obvious that Ade is a genuine people person and has decided to shape his tools and processes to fit that human-centric style of working. As a somewhat accidental although natural leader, he also brings a lot of humility to the role.

“When I’m faced with a challenge and am trying out different ways forward, I always ask myself, ‘How am I failing right now?’. I know people don’t like failure but I figure you can’t be excellent at everything and you can only be really good at something if you’ve failed from it. And I use the same thinking when doing one-to-ones with my team. I’ll bring up the failures and we figure out what we’ve learned, because when they’re faced with something similar again, it will make them take a step back and reassess and go at it from a different angle. Failure to me is key, absolute key. I thrive on it.”

Support as a career stepping stone

The right cultural fit is key for a well-functioning team and a competitive spirit is integral in Ade’s team. He’s looking for people with some life experience, who are independent in their thinking, are go-getters but also team players.

At Veeqo, most support engineers arrive with software engineering degrees and see the role as a stepping stone to becoming a developer, so Ade has set expectations and training accordingly:

“We want and expect people to progress from first line to second line to developer to whatever they want to do after that. Each one of my team members is doing a course at the moment. I give them time frames in which to complete and I give them time during work hours to study. The more someone shows me that they’re keen, the more I give back. If the ambition is there, why shouldn’t the budget be?”

The support team’s most important metric right now is Open Tickets. These are displayed live on a Geckoboard and each team member, as well as anyone walking past, can see each person’s queue and how many tickets they’ve personally solved out of the 500 or so tickets that come through each month.

Adding to this element of friendly competition, Ade has added quality control by displaying Customer Satisfaction through two systems:

To give more color to Zendesk Chat’s satisfaction score, Ade also uses a tool called Team Hively. It gives customers more options for rating their experience while also offering a rewards point system for the agents. You can score minus one, zero, one or two. Ade combines the two satisfaction systems in a spreadsheet and gives each person a ranking. Nine and above is deemed good while maxing out at 20 points would likely reward you the title ‘Support God’! Team Hively has a ‘Wow’ rating and each ‘Wow’ gets an agent a £5 (approx $6.50) Amazon voucher at the end of the month.

“I appreciate it might not fit in with every culture, but I use my dashboard to publicly name, shame and reward, and I’ve seen it work exceptionally well for my team. No one wants to see that they've got 50 open tickets when everybody else has got three. They absolutely love the competition and the rewards and have a lot of fun with it. It gets the team going and morale is really high as a consequence.”

By September 2017, Ade’s affinity for training people exceptionally well and fast had landed him the job of Head of Second Line Support. It became apparent that, in comparison, first line support wasn’t keeping pace. That’s how he found himself promoted to heading up both in January 2018 and how he realized that things weren’t running as efficiently as they could.

First line support dealt with customer service issues like product questions and brief technical queries. More complex technical tickets would be passed on to second line who would process and then return it to first line to communicate back to the user. This Chinese Whispers style set up would often cause miscommunication so Ade saw an opportunity to improve efficiency by joining first and second line support together and by getting second line to liaise directly with users through tickets as well as Chat.

Second line were initially apprehensive about such a big change in their work process, but Ade convinced the team to do a four-week trial period and second line rose to the challenge.

Changing procedures and seating has seen escalations from first to second line go down from 60% to an amazing 18%, and the team is still pushing to reach the goal of 5%. As a consequence, Open Tickets have moved from an average of five days down to two days.

Self service and bug fixing

It’s nice to be able to handle tickets efficiently but ultimately, you don’t want them coming in in the first place. Ade hopes to keep chipping away at that Open Tickets metric by making it his next top priority to educate customers on how to use the app.

“We're starting to make quick 30-second video clips with subtitles to get away from boring, text-driven guides that people don’t have time to read anyway. I’m not saying it will completely stop how-to tickets but at least my team can say, ‘Hey, check out this clip first. Anything that’s a bit hazy, let me know.’ I think getting customers to sustain themselves is key.”

Ade’s second priority is to start collaborating in a structured way with the Head of Product in order to reduce the amount of bugs but also to fix bugs in the right order by listening to the input from Support, who are on the front line. Head of Product happens to be Ade’s predecessor and so is very customer-centric and receptive.

“We can get one customer come in with a higher-priority issue – their order page isn't loading, for example – but then we can get 20 customers telling us a button is broken. I want those 20 customers looked after first before the single one, because that's going to reduce the amount of tickets. Similarly, when I bring my metrics to Product I can say, ‘This month we've had 200 tickets for orders and 50 for inventory.’ Then I can go into the core and see the multi-tagging for orders and say, ‘I've got 90 tickets for orders not pulling this month. That's what you need to fix because next month I'm going to have the same amount of tickets if not more, so if you fix it now, my tickets will be reduced by that much and I can focus on the next thing.’

Ade’s description of the management style in the high-octane professional kitchens he’s come from – the intense tempo, the relentless screaming and swearing, the pots flying – couldn’t be further from the environment he’s in now. It’s another testament to his ability to adapt and reinvent himself. If there are any transferable skills to speak of, it would be that perfecting a recipe is only possible if you’re open to both successes and failures. In a startup, the challenges you face are constantly changing as the business changes, and you have to be open to the highs and the lows that come with it. As Ade would put it:

“How are you failing right now?”