They are in combat side-by-side, staring back at you like identical twins, one of them will help you and the other one will hurt you, who are they?

They are information and misinformation, writes neuroscientist Daniel Levitin in his book “A field guide to lies and statistics”.

But are these two really fighting on a level playing field? New research findings published in Science magazine show that things are much more serious than we might have thought. Researchers from MIT studied a data set of 126,000 rumors spread by Twitter to roughly three million people over the past ten years. According to their findings, while the truth struggled to reach more than 1,000 people, false news easily spread to between 1,000 and 100,000 people.

Although misinformation is not a new problem, it has proliferated in the age of the internet and social media, hitting everyone indiscriminately, the author argues. In Germany, social media companies will soon face fines of tens of millions of dollars if they fail to remove fake news posts, and France has promised to ban fake news posts during elections.

But what is our best line of defense in the face of this epidemic?

The answer is critical thinking, and some basic arithmetic skills, suggests Levitin in his book. These easy-to-obtain tools, however, are not always compatible with our imperfect human brains, which were not built to interpret the world in numbers, as Levitin often repeats. For instance, probability, the study of randomness, is not our strongest suit. Our brains, our giant pattern detectors as Levitin dubbs them, “seek to extract order and structure from what often appears to be random configurations.”

Also, “many of us feel intimidated by numbers and so we blindly accept the numbers we are handed,” the author points out. One of the many examples that Levitin uses to demonstrate our lack of confidence and logical thinking when we are faced with numbers is one that involves a seemingly simple average.

“There is a tendency to think that in the 1800s there weren’t that many fifty and sixty-year-olds walking around because people didn’t live that long,” Levitin points out. This interpretation is based on data which shows that the average life expectancy of people born in the 1850s was 38 for males and 40 for females. Does this mean that people today are living 40 years longer than two centuries ago? No, people lived longer back in the 1800s; but what skews this average is the high infant and childhood mortality rates.

But it’s not always our mathematical failings that get in the way of unveiling the truth behind a claim. Sometimes, it’s just our poor logic that misleads us.

Let’s take climate change, for example, a subject surrounded by misinformation and a lot of misconceptions. A recent scientific study published in the Environmental Research Letters journal deconstructed 42 common climate myths, and gave us an insight into our faulty thinking.

As Daniel Levitin explains, arguments consist of two parts: evidence and conclusion. A type of argument, called deductive argument, starts out with a general statement and, following the rules of logic, we can reach a definitive conclusion.

One of the 42 statements that the scientific team used to expose our flawed reasoning is the following:

This claim is often supported by the following argument:

Premise 1: A previous change in climate was not the result of human activity.

Premise 2: The climate is currently changing.

Conclusion:The current change in climate is not the result of human activity.

However, this conclusion doesn’t necessarily follow from the evidence. “When evaluating a claim or an argument, ask yourself if there is another reason ― other than the one offered ― that could account for the facts or observations that have been reported,” Levitin often advises us in his book.

As the paper points out the problem with this argument is that there is a hidden assumption:

Hidden Premise 3: If something wasn’t a cause in the past, it can’t be a cause now.

This obviously isn’t a valid piece of evidence and, as a result, our conclusion isn’t valid either. U.K. journalist Damian Thompson has invented a new word for these kind of claims – "counterknowledge." He defines counterknowledge as misinformation, packaged to look like fact, that a critical mass of people have been duped into believing, writes Levitin in his book "A field guide to lies and statistics."

An underlying and misleading claim is just one of the many tricks used by people with a vested interest to tamper with our critical thinking and influence our decisions. However, fear not, Levitin’s book is the perfect guide to avoid falling for the tricks that others or our brains play on us, and cultivate our admiration for true knowledge. The author leaves us with this final thought:

“True knowledge simplifies our lives, helping us to make choices that increase our happiness and save time.”

Why We Fall for It

Let’s test our skills and have some fun with probabilities.

In many gambling games, our intuition about the real probabilities to win bets can prove disastrous. Let’s take the example of a common street game with just three cards and a hat ― also referred to as the “three-card swindle.”

The hat contains three cards. One is white on both sides, one is red on both sides, the third is white on one side and red on the other. The con man draws one card and shows you one side of it, which is red. Before you have a chance to react he bets that the other side is also red. “Most of us would assume the odds of him being right are 50-50, so betting against him sounds like a fair bet.”

Levitin explains our train of thought when we are faced with the question: What are the chances that the other side of the card is also red? “He’s showing a red side. So he has pulled either the red-red card, either the red-white card. That means that the other side is either red or white with equal probability. I can afford to take this bet because even if I don’t win this time, I will win soon after.”

This seems reasonable and backed-up by data. But no, the truth is that the con man is more likely to win than we are. Let’s take a step back. There are six card faces that can appear in front of you. 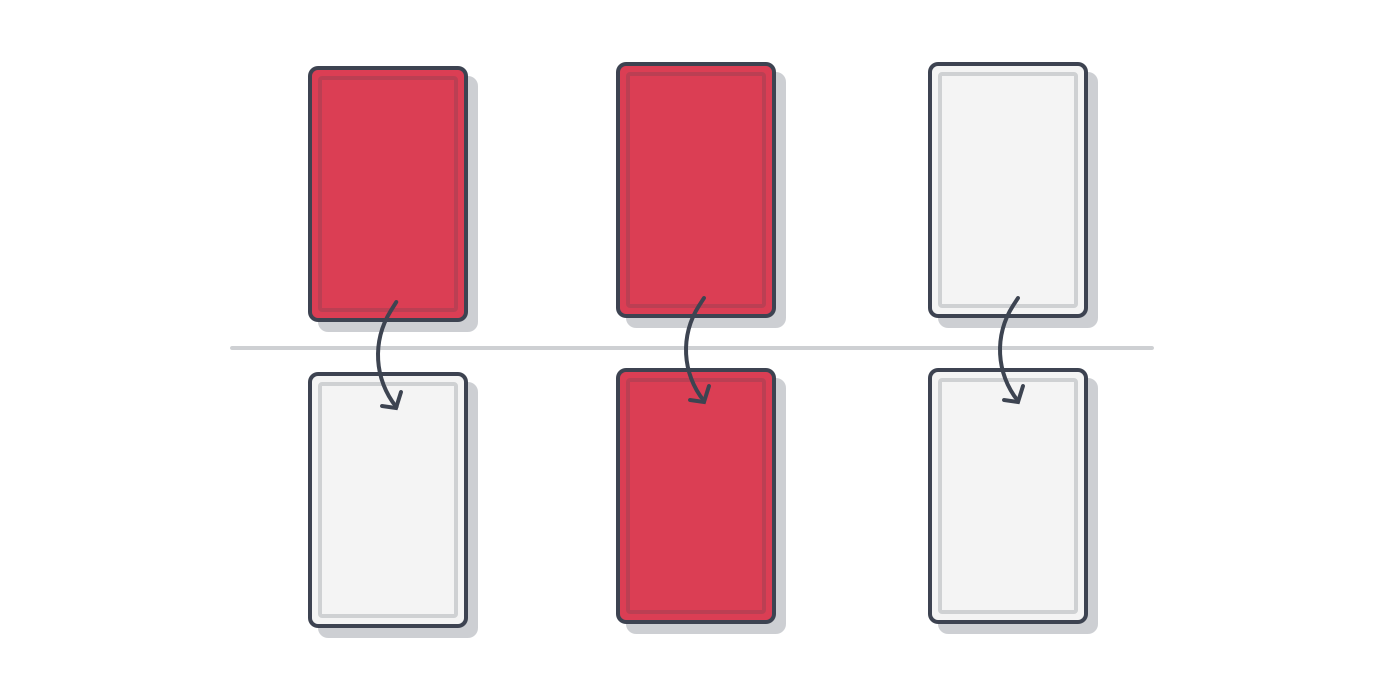 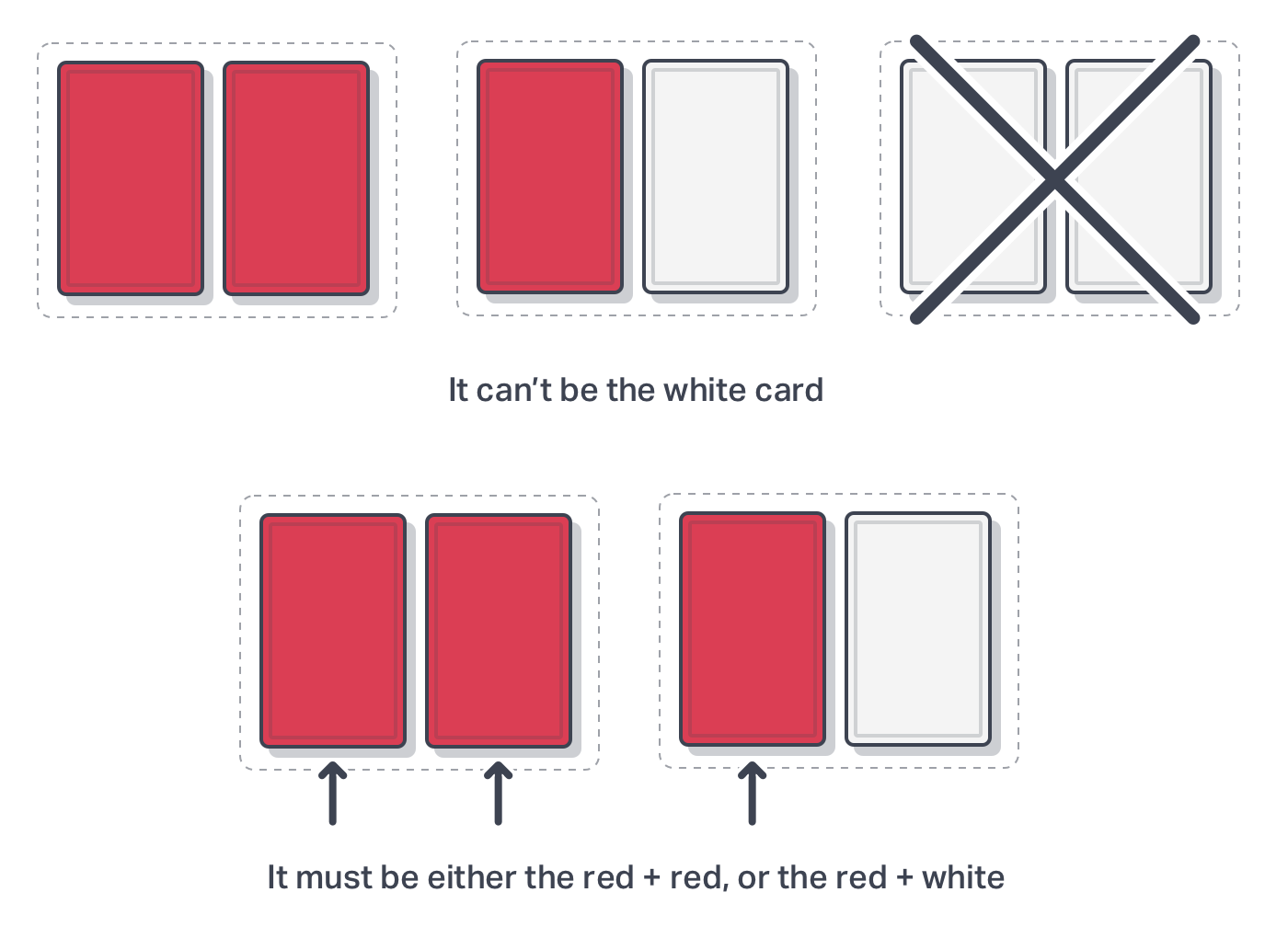 Therefore, “if he is showing you a red side, it could be any one of the three sides that he’s showing you,” Levitin explains. “So there is a two in three chance that if he showed you red the other side will be red, not a one in two chance.”

Deciphering information and misinformation: Inspired by the book "A Field Guide to Lies and Statistics"