Based in New York City, Casper launched in April 2014, and has received $15 million from venture capital and angel investors, including rapper Nas and tech-fanatic Ashton Kutcher. Casper is the mattress company that believes everyone deserves a great night’s sleep, and according to Business Insider, they’re 'making mattresses sexy.' It looks like the beauty sleepers agree, because in its first month Casper saw $1 million in sales. One year later, they’re well on their way to making us all rest assured.

Romain Ogiela, Data Analyst at Casper, told us about how the ambition of Casper is to become a lifestyle sleep company, and how data paves the way for growth and helps them improve processes. And let’s not forget about that time Kylie Jenner put March’s targets to bed in a day.

A traditional product that craves data

Mattress. What comes to mind when you hear the word? Bore and snore? Yes, Casper might be competing in an old fashioned industry, but Casper’s approach is far from mossy. They also have two showrooms, one in L.A and one in New York and three short-term pop-up brand experiences in D.C., Austin and San Francisco in an attempt to bring the product closer to their customers.

Below, Casper’s Los Angeles showroom where you can enjoy the best nap of your life. 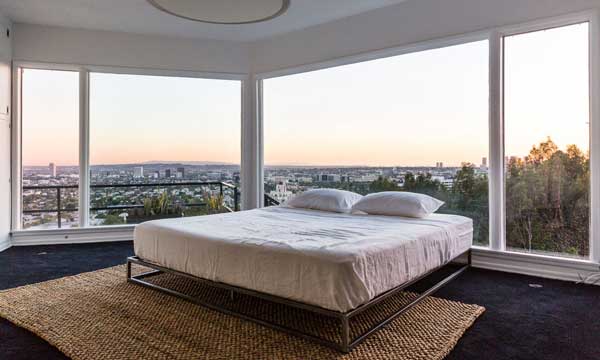 Ogiela confirms, ‘the marketing strategy is really exciting, which makes my job even more fun.’ Ogiela thinks the reason to their success is because of the company-wide belief that data is crucial. As stated by the CEO, Philip Krim, ‘Casper might not be a tech company but we’re a tech-enabled company.’

Real-time responsiveness and planning for the long term

Casper is an ecommerce company with very high standards for product, marketing and customer experience. In order to maintain those high standards, responsiveness is paramount to the teams. In November 2014, the Data & Analytics department was created to support the teams and provide them with the data needed to analyse their efforts and enable informed decision-making.

"The dashboards are a fundamental tool that we use to monitor the performance of the company in order to guide our team on a daily basis in real-time."

Initially, the dashboards provided the teams with a high-level view of sales and operations. Today, six months later, the dashboards have become more specialised and granular, serving different teams and different purposes. 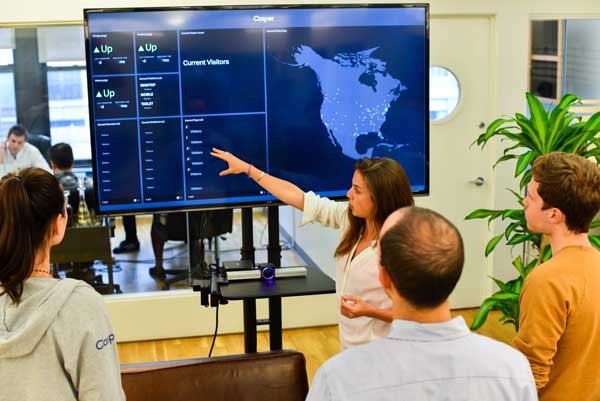 On a daily basis, they monitor and analyse the company performance in different timeframes (hourly, daily, weekly) in order to make sure that operations are running smoothly. An ecommerce startup typically faces unexpected and urgent challenges, and data helps the team tackle these on a daily basis. When it happens, the team has to be responsive and quickly be able to assess the situation and make a decision.

Given the nature of the product, Casper is dealing with much longer cycles than most businesses. The product itself takes longer to produce and the decision to purchase is more complex. Real-time data monitoring helps with anticipating these cycles and reacting to trends.

By having access to their data, the team can see the effects of PR efforts such as TV appearances or articles in TechCrunch, Mashable and other publications.

"Using our dashboards, we’re able to have a sense of the real-time impact of media coverage and we can prepare our Customer Experience team for higher traffic to our website which might result in more live chats, calls, emails and tweets."

Recently, the dashboards were put to the test as reality TV star Kylie Jenner posted a picture to her Instagram. In the photo, she’s standing next to her Casper box in her new house, and as a result, Casper experienced a huge spike in traffic coming to the site, an increased amount of live chats, calls and tweeters enquiring about the mattress. 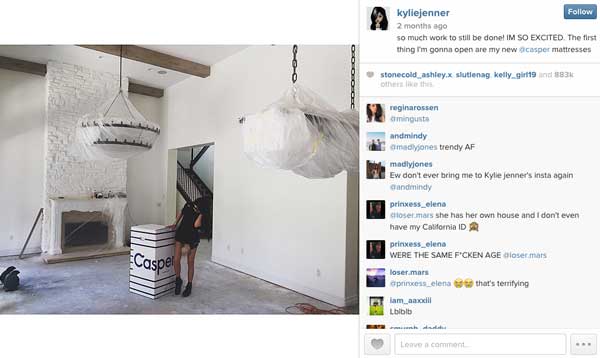 ‘If we didn't have these dashboards, we would have had no idea about how that post would influence the visibility of Casper. We might even have thought it wasn’t very valuable visibility, but our dashboards helped us understand that that was not the case. Not only did it drive a huge amount of traffic, it also drove our sales up.’

The Data & Analytics team at Casper exists for the sole purpose of providing insights and tools to boost performance across the entire organisation. As a data-oriented company, the Data & Analytics team is consistently approached by other teams asking for certain analyses or metrics. When these requests come in, the team has a very pragmatic approach and always asks, ‘Are the metrics going to be read? Are we asking the right questions? And most importantly, are the results going to be actionable?’ 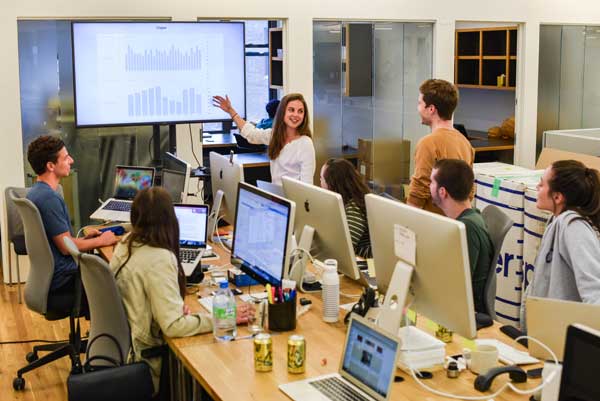 The process always begins with understanding what they are looking to achieve and which metrics will be useful to them. In order to be able to make this assessment quickly, the team at Casper uses the Heroku integration which offers them the flexibility to easily pull in metrics to see which ones provide true guidance for the team and allows them to act on the data. As the teams look at the data every day, it changes the way they work because it tells them more about their performance.

Proponents of transparency, Casper currently has eight public dashboards, two of which are displayed on big TVs in the office. With this data attitude, we have no doubt that Casper will soon realise their vision of becoming a lifestyle sleep company as the teams can use data to work better and smarter, not harder. So keep an eye out, because these guys are not going to bed anytime soon.

Casper: A tech-enabled startup that uses data to make the team sleep easy