Considering how every minute counts - imagine what would be possible if you saved four whole weeks! We recently interviewed John Andrews, President and CEO of Bestpass, to learn how he and his team can make data-informed decisions more quickly, saving a ton of developer time.

For a little background, Bestpass provides nationwide streamlined toll management services for commercial fleets, compatible with more than 40 tolling groups and all weigh station bypass networks. Founded in 2001 by the Trucking Association of New York, Bestpass processes around $420 million in toll each year.

CEO John Andrews and his team were wasting valuable time finding and updating key business metrics for Bestpass. By the time paper reports were presented, they were out-of-date.

He wanted to get key metrics in front of his 39-person team efficiently to speed up their reaction times.

DIY Dashboard - is it worth the cost?

They tried to create their own TV dashboard solution but found themselves spending too much time trying to design nice visualizations that told the story of their data effectively. Struggling to show the data in a meaningful format meant wasting hours of valuable time and still not getting a satisfactory result.

When one of John’s developers suggested Geckoboard, the simple, out-the-box solution was a no brainer and involved none of the heavy lifting of their in-house attempts. John estimated that it would have taken a minimum of four weeks of a data-visualization-savvy developer’s time over a year to run an in-house solution. With Geckoboard, setup was so easy that they had their first dashboard up and running within hours.

“Geckoboard has eliminated the frustration of waiting for reports in order to make smart business decisions. Now we have access to live metrics and can act immediately to take advantage of new opportunities. The dashboards were so easy to set up and have raised the level of conversation in the office to be about the data instead of getting the data. Geckoboard has become indispensable here at Bestpass. It’s reliable, it works and it’s worth every nickel.” - John Andrews

Now, each department has a large television on the wall that brings focus to teams by visualizing their key metrics clearly. John also has a full overview of business performance against goals through a dashboard in his office. 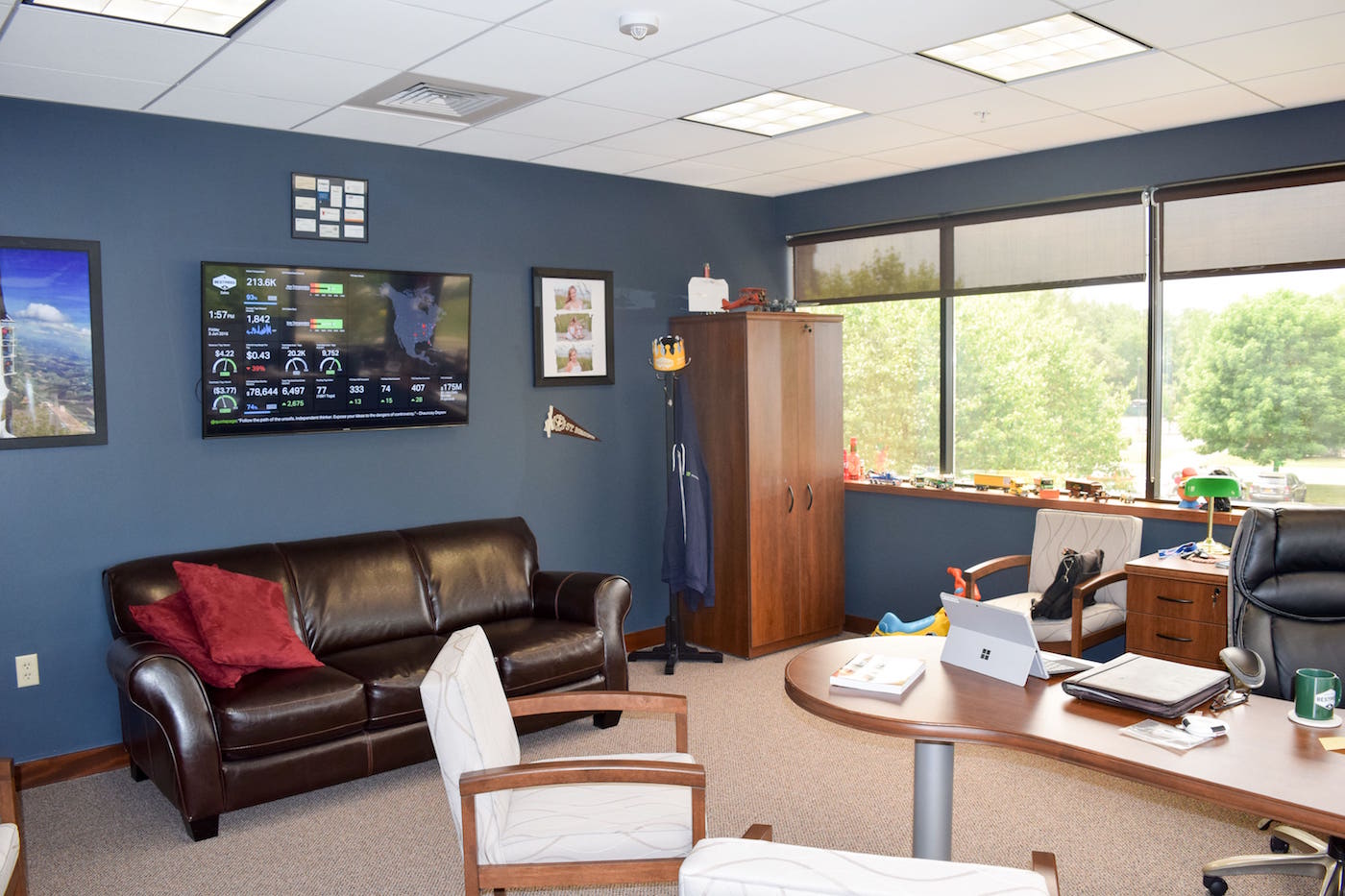 At first, nobody on the team knew how to get the information they wanted. Now, the dashboards have left everybody wanting more. John created dashboards with key metrics for each department then shared it with the different teams - from sales to finance to customer service - who provided feedback on the content.

With this approach, the dashboards evolved organically, exposing useful information to people who could start making quicker decisions and immediately see how their actions impact progress towards goals.

“The dashboards evolved from nobody knowing how to get the metrics they wanted to everybody wanting more. Now we have them everywhere. No matter where you are in the office, you can get the information that you need.” - John Andrews

There is also a TV in the common area displaying an overview of each department so everyone in the company can see how everyone else is doing. Geckoboard has helped facilitate transparency at Bestpass, which in turn helps unite and focus the teams.

Own and achieve goals

John says the biggest benefit of using Geckoboard is that people at his company are more aware of the state of the business and take more ownership for it. Contrary to paper reports, Geckoboard updates are live so teams always have the latest metrics to make quick and accurate decisions. The live goal visualization has been particularly valuable for the sales team, naturally motivating them to increase goal attainment without being pushed. 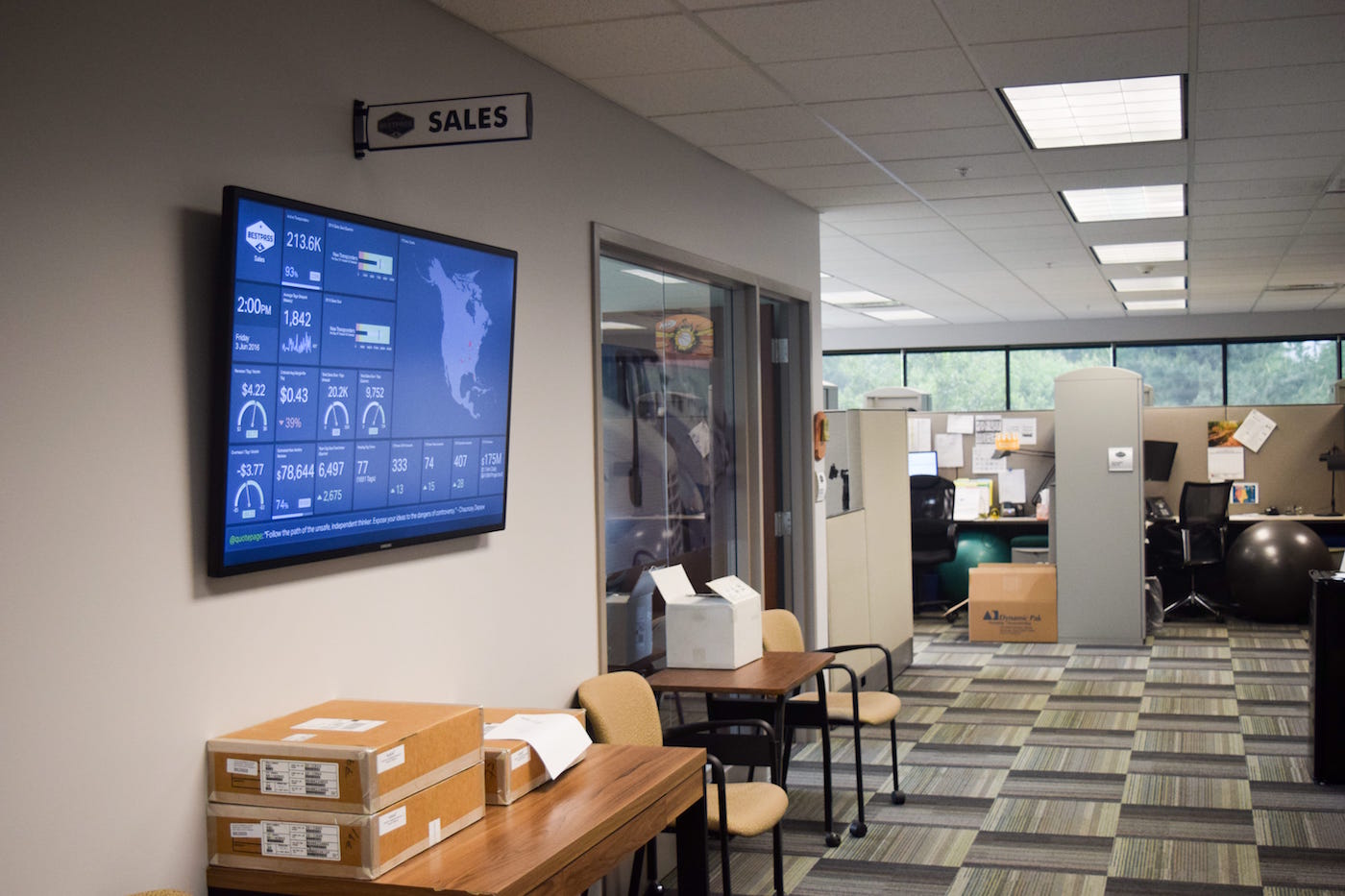 “Nobody has to go ask for the numbers because they're always available. This has raised the level of conversation to be more about the data and not getting the data.”

John never has to worry about the dashboard display – it just works. Instead of using up valuable developer time or paying for an expensive consultant, he has found an easy, low-cost, live solution that is reliable and has become indispensable in his fast-paced business. His team is able to see trends ahead of time and ask questions immediately rather than wait until a report is shared.

The dashboards have raised the level of conversation in the office to be about the data instead of getting the data. This has opened up a much more proactive approach to problems, created a greater feeling of ownership for the team and helped the business eliminate crises.

Customer Interview: How Bestpass Saves Over Four Weeks of Developer Time With Geckoboard