For this episode of Secrets for Scaling, we talked with Mark Chung, Co-Founder and CEO of Verdigris. Verdigris is an IoT (internet of things) company that has developed a sensor network helping commercial buildings manage their electrical equipment.

Their mission is to sustain and enrich human life through responsive energy intelligence. Their focus is on using information extracted from smart buildings to create a more intelligent approach to how we consume energy.

Verdigris takes a unique approach to their company structure. They have six functional teams, each with an elected representative who work together to make decisions for the company. They’ve also learned when to focus on building a culture of innovation vs. an operational culture. Learn more in the full episode below!

Traditional hierarchies kill collaboration. Mark and one of his co-founders (and brother), Thomas came from a functionally structured company where each person hired had a specific skill and function. They found this to be a poor way to facilitate collaboration. So they experimented with making roles more cross-functional so that more people with overlapping skillsets were collaborating on the same team.

Have all of your teams operating on sprints. All teams at Verdigris operate with the same agile paradigm, including Marketing and Sales. The elected representative for each team serves a hybrid product owner and scrum master with the responsibility to manage a Pivotal board where they prioritize the tasks at hand on a sprint-by-sprint basis. They also communicate the needs for that sprint to their team and facilitate the sprint. Each representative rotates out every two quarters.

Shorten your sales sprints. Verdigris has two-week long sprints for every team other than Sales, who operate on one-week sprints. This is because it’s hard for a salesperson to predict what accounts they’ll talk to and touch on a two-week basis.

Motivate your sales team with team-based selling. Verdigris ties their sales team’s compensation to the success of each sprint and the whole team rather than their individual account. This was a growing pain for the team but it fosters more collaboration among them.

Combine a high-level, long-term vision with shorter-term, team-wide OKRs. Like many of the companies we talk to (and Geckoboard!), the entire Verdigris team meets once a quarter to decide what they want the company to look like for the next quarter, what their goals are, and what metrics they'll use to measure them. During this time, they set OKRs (objectives and key results) for every team and individual.

Before that, the founding team meets annually to define a set of objectives around what they want to accomplish and how they’ll measure success for the year, keeping the plan loose to leave room for team innovation.

It's the leadership's job to provide the team with support ot get the job done. If team members don’t have the resources and skillsets to achieve those things, the founders see it as their job to provide them.

Align and focus your team through structured all-hands meetings around OKRs. Every two weeks, the company has an all-hands meeting where each team presents their OKRs and what they have and have not achieved in that sprint. This serves as a reminder of what they set out to achieve and what their goals and objectives are.

Broaden your learning resources. Don’t get stuck in your bubble. Learn from other founders inside and outside of your industry. Learn as much as you can.

Don’t become too customer-driven. Almost everyone will universally advise you to listen to your customers. Mark says that as soon as you start making money from those customers, it’ll be tempting to continue talking to them and building the things they request. But the most important thing at this stage is to not lose your spirit of innovation.

Continue to innovate around your customers’ pain point by truly hearing what their pain points are. Use your founder’s intuition and your understanding of their pain point to drive what you’re doing, rather than doing everything they tell you to do. 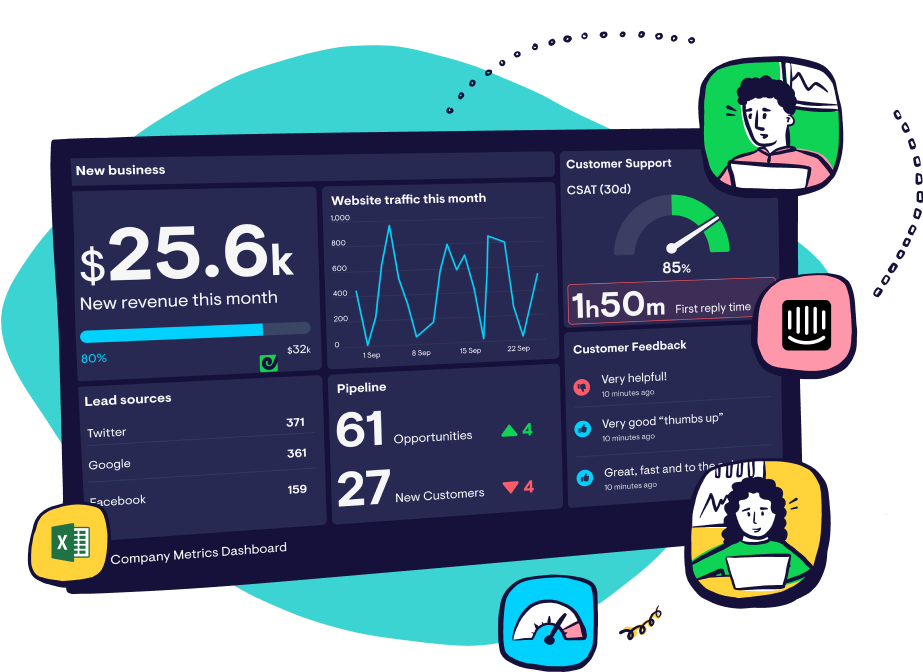