This is the fifth post in our Unexpected data-driven companies series. In our previous post, we found out how citysocializer use data to grow their community. Next up is NewSpring Church, a Baptist Christian megachurch located in Anderson, South Carolina.


NewSpring Church was founded in 2000 by pastor Perry Noble. What began as a small gathering of 15 people in a living room in the town of Anderson, South Carolina, quickly became one of the largest churches in the Southern Baptist Convention. Today, they’re the second fastest growing church in the US with a total of 11 churches and an average attendance of 32,000 people per week.

Chris Dunagan, Social Media Director at NewSpring, told us about how they went from opinions to numbers and how data drives their content.

From feelings to facts

Like many other companies, before making data an integral part of their business, NewSpring Church were discussing personal opinions and ‘feelings’ when planning their content and developing their web presence. They brought data into the work culture for obvious reasons; they wanted to make sure their marketing efforts were successful in reaching people, and to do that, they had to pay attention to the numbers. Dunagan sums it up:

Why do the numbers matter so much to a church, a business one would assume to be traditional perhaps more so than others? Dunagan explains: ‘We operate with this "why" in mind: Numbers matter to us because they represent real people, and we care about people. Every number has a name. Every name has a story. Every story matters.’

As we all know by now, the best content comes from a good story.

Data has completely changed the workflow and the way NewSpring tackle content. They’ve moved away from posting pieces that ‘feel good’ to monitoring their traffic and analysing why and when certain posts do well.
Two dashboards sit on their office wall, making sure data is always front-and-center. 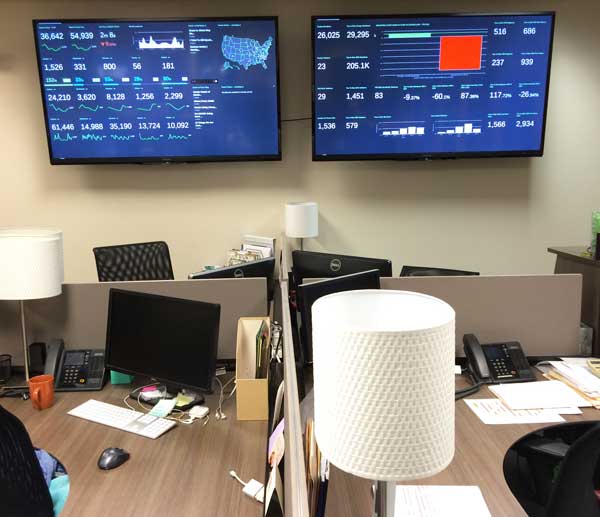 The game changed when they noticed the numbers taking off and they assumed the traffic was generated by a recently published piece of content. They decided to promote the article only to watch it fall flat. Later, they discovered that it was a different article that had been reposted by an external source that was behind the increase in numbers. After this learning experience they added a Current Pages widget to their dashboard to be able to see exactly which content was moving. Now, NewSpring can respond in real-time to where people are on their site and avoid promoting the wrong content to their audience.

Taking a closer look at one of their dashboards displaying their blog traffic, we can for example see current visitors tracked by location, which articles are performing best and which content categories are the most popular.


Click image to enlarge. Image will open in new tab. 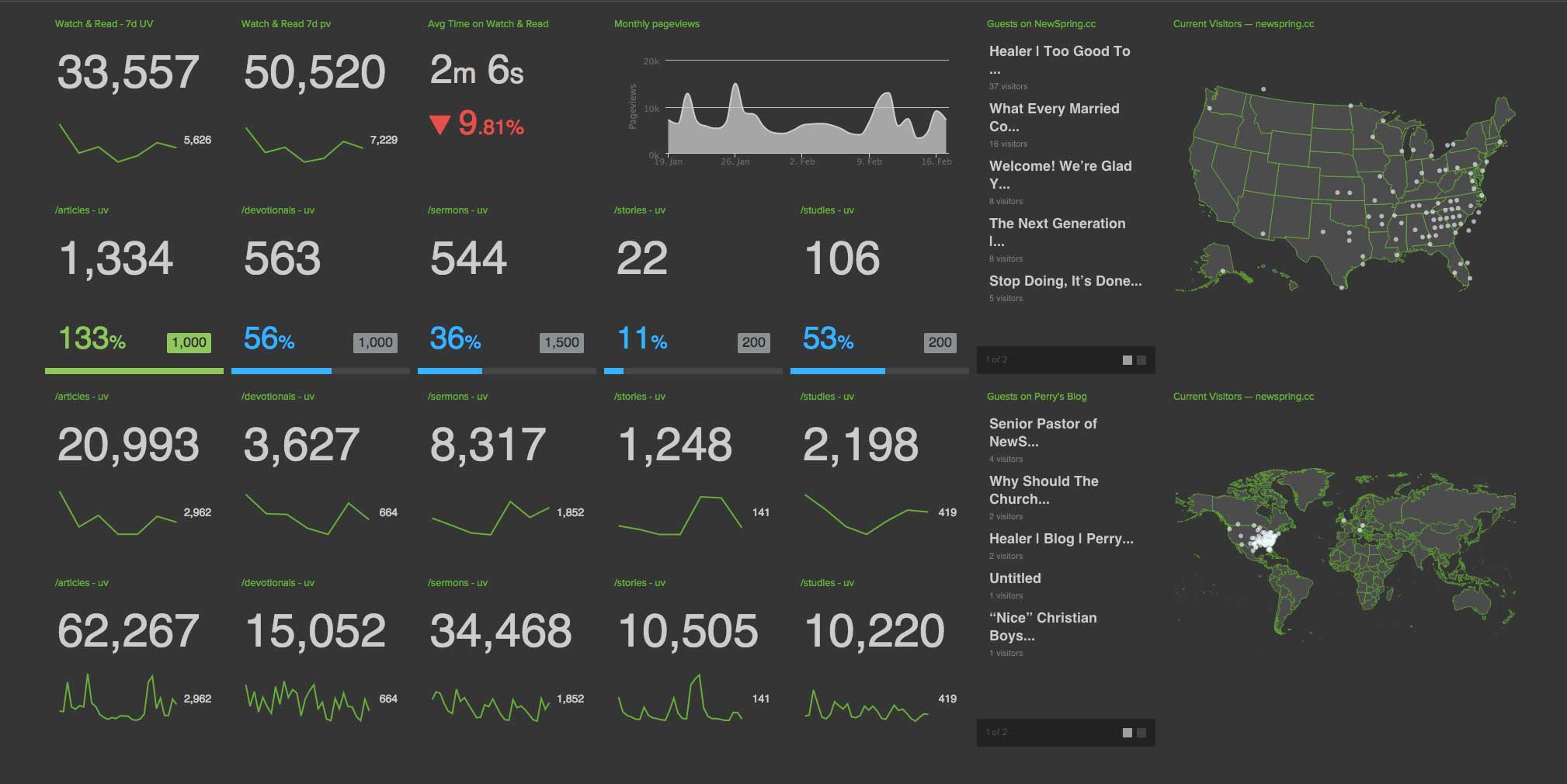 Prior to each new content series, writers, directors and other creative types get together to look at the data. They then discuss what worked and what didn't before they go on to craft content that connects with people's interests and preferences as indicated by the numbers.

Today, using a combination of Google Analytics and Chartbeat widgets, NewSpring can keep a close eye on how their content performs. They evaluate their content daily and use data to make adjustments in order to improve the quality and value of their content to increase their reach. Safe to say, with the help of data, they’ve managed to completely resurrect their approach to content.


Liked this article? Check out previous posts in the series: