We’re constantly bombarded with “data-backed” claims. Whether it’s your colleague claiming a 100% revenue increase from their project or a detergent claiming to make your sheets 10x whiter. The claims are data-backed, so they must be true, right? WRONG!

While data is quantifiable, it’s only quantifying what a human asks it to. This opens the door to human error, misinterpretation and bias. So, how do you channel your inner data-cynic and put these data-backed claims to the test?

This checklist of questions is designed to do just that - helping you see the truth within the data. Whether it comes from a teammate, a client, vendor, or perhaps a political figure, it’s critical to fact check the numbers.

Quick note: As you ask these questions, be mindful of your own preconceptions and biases. We are more likely to dismiss things that don’t conform to our existing view of the world.

Is the headline misleading? Has the data been over-simplified, over-inflated, or otherwise dramatized to become a sensational headline?

Has a generalization been made that doesn’t accurately reflect the data?

Real life example: A 2013 Times article claimed “More people have cell phones than toilets.” However, by looking at the actual data (see here and here), we find that more people have access to mobile phones than toilets. ‘Access’ is a tricky word because it could mean that dozens of people share a single mobile phone, but the Times headline makes it sound like the number of cell phones exceeds the number of toilets.

Just because someone quotes you a statistic or shows you a graph, it doesn’t mean it’s relevant to the point they are trying to make.

Sanity check the claim. Do some quick back-of-the-envelope math or use your own prior knowledge. Are there other, more plausible explanations for the effect? Could they have made a mistake?

Can you verify the claim in any other way? Perhaps you have access to other data or can pull a report from another source.

The less plausible the claim, the more heavily you’ll want to scrutinize everything else.

5 seconds (answer the phone and get the customer’s name)

30 seconds (verify the problem or find the source)

Even if every call were this efficient and no breaks were taken during eight hours of solid calls, the customer support rep would only resolve 320 tickets (via phone) a day - nowhere near the 800 tickets that were claimed.

Data is all about ‘compared to what?’ Last week? Last year? Competitor(s)? Revenue?

Are they an expert?

What is their agenda? Combined with the plausibility of the claim, this will affect how heavily you’ll need to scrutinize the data.

Where did the data come from in the first place?

Real life example: In 1998, a research paper published in The Lancet claimed there was a link between certain vaccines and Autism. Several subsequent studies by independent organizations showed the author of the paper, Andrew Wakefield, manipulated the evidence to create the appearance of a link in his research.

Although he was a gastroenterologist and medical researcher, he wasn’t an expert in toxicology, genetics, neurology, or other disciplines necessary to be an expert on autism. Additionally, he failed to disclose a conflict of interest as he received significant money to prove the vaccine was dangerous.

In 2010, the “utterly false” article was fully retracted by the editor-in-chief, Richard Horton. (Read more here and here about the relevant research findings.)

How did they arrive at their conclusion/claim?

Often it’s not that easy to gather the exact data you need/want. What was their methodology? Have any approximations been made? Were these done sensibly?

Is there too much extrapolation? Were best practices followed (such as significance tests, sampling biases avoided, etc.)?

Example: Suppose you want to know how long it takes a cup of coffee (at 140 degrees Fahrenheit) to cool to room temperature. After observing for three minutes, you find the coffee cools by 5 degrees every minute.

If you then extrapolate that data (extending the trend of 5 degrees cooler per minute), you could end up with the ridiculous conclusion that after 30 minutes, the coffee would freeze.

This extrapolation fails to consider physical limits (coffee cannot become colder than room temperature) and that the rate of cooling slows as it gets closer to room temperature.

Was their sample representative of the whole?

Has the data been ‘cherry picked’ (i.e. only using the information that they want)?

Do you have other data that would help put the claim in context?

Real life example: Global warming is an often debated topic where both ‘sides’ have trends to back their claims. This is achieved by cherry picking only the data that supports their position while omitting the rest. 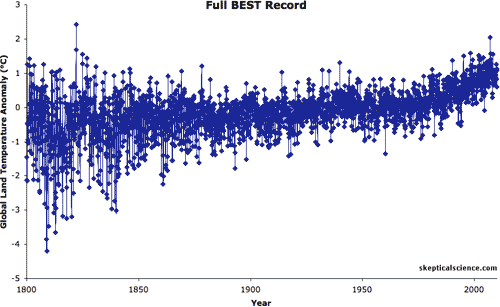 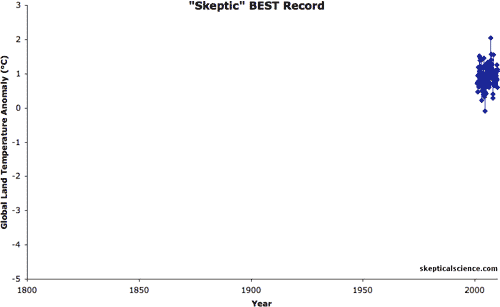 A companion to the cherry-picking bias is selective windowing. This occurs when the information you have access to is unrepresentative of the whole.

In addition to cherry picking, other tactics might be employed. For example, the line chart axis might be cropped or a misleading average might be shown.

Real life example: In 2012, Fox Business showed a chart visualizing the impact if Bush tax cuts were to expire. The top tax rate would change from 35% to 39.6%. However, the axis was cropped - beginning at 34% instead of 0% which made the tax increase appear larger than it actually was. 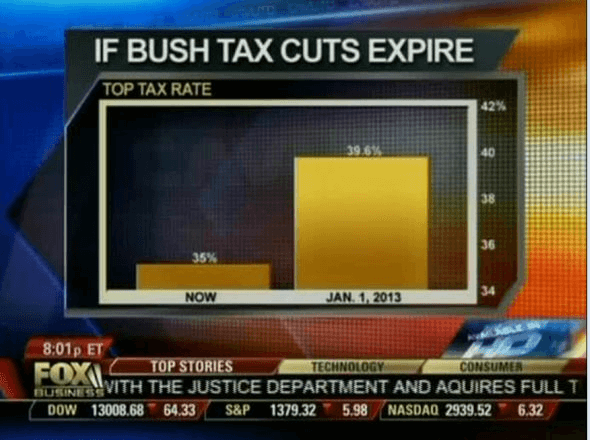 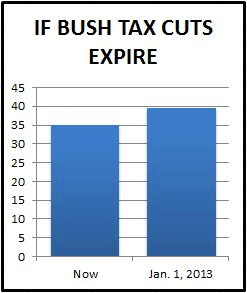 Curiosity is bad for cats, but good for stats. Curiosity is a cardinal virtue because it encourages us to work a little harder to understand what we are being told, and to enjoy the surprises along the way.

Want to learn more about data and how to evaluate it? Check out our basic data analysis guide, along with these books and resources: