What is a support agent dashboard?

A support agent dashboard visualizes the performance of individual Customer Support (CS) agents. This helps create a greater level of personal accountability and encourages a spirit of friendly competition. 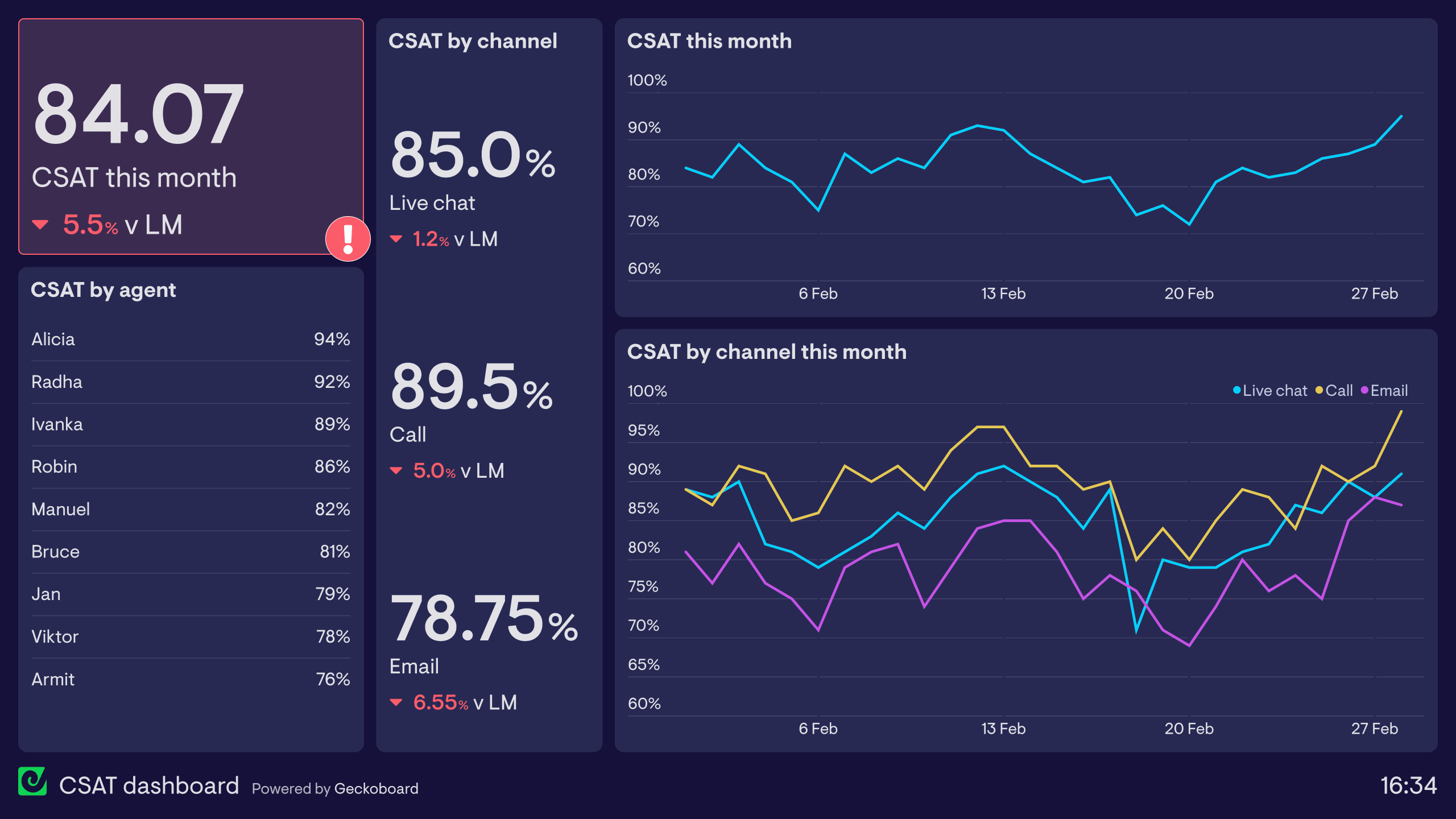 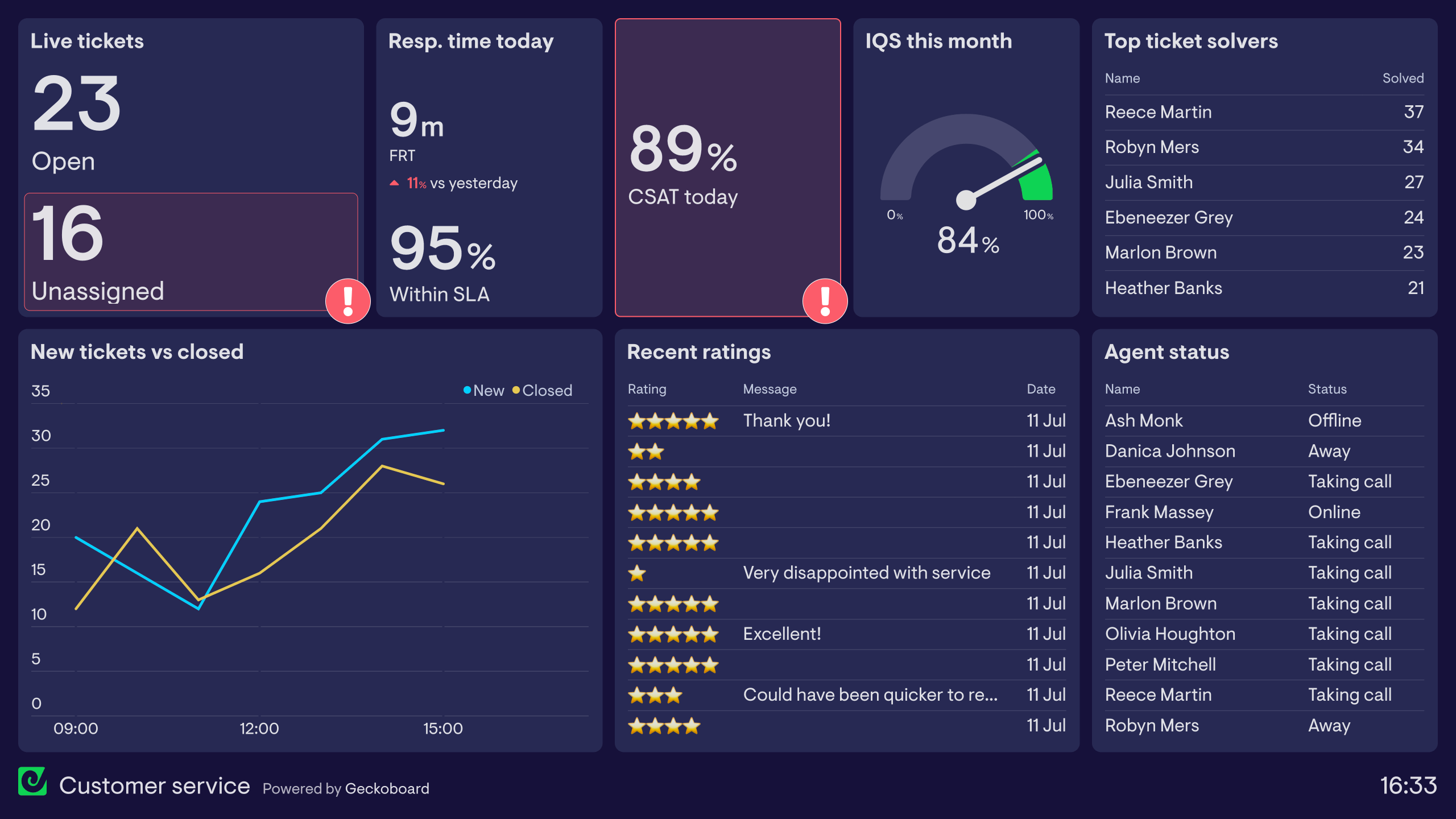